The Player is a warrior-architect, whom Notch sent to Earth in order to slay Herobrine forever and to rebuild human civilization.

The Players were created by Notch in his Dimension after Herobrine achieved world domination. They were made in the image of his dead son, Steven. He sent them to Earth with no recollection of anything before their arrival in order to destroy Herobrine and save humanity.

Unlike most of the servants of Notch, the Players have free will, and they can choose to either carry out their natural mission (to destroy Herobrine), join forces with Herobrine and accelerate the fall of human civilization, or live for his own personal benefit and build a great, luxurious estate. This was a great risk on the part of Notch, as it could counter their purpose: to save humanity. However, many Players felt an instinctive responsibility to protect humans and their villages, and they fortified human strongholds so that Herobrine's monster and zombie forces could not destroy them.

The Players vary in characteristics based on how much power Notch gave them. Some are nearly as weak as humans and once dead will not revive (or respawn), whereas others will always respawn after monsters slay them or they dig straight down into lava. Another case is that some Players can tear down most blocks with their bare hands, yet others need tools to take down nearly any block. All Players are very skilled in crafting, and it is theorized that Players have a sort of "hive mind," in which groups of Players can learn survival skills, crafts, and other information from the experiences of others even if they do not encounter one another.

As the existence of Players only covers about 5 years, there is little influential history regarding them. However, when Herobrine became aware of the Player in October of 2010, he instantly recognized the great power that the Players held and that they could certainly kill him if he did not take action against them. He reinstituted part of his zombie army as a guerrilla force and began to pick off these Players, especially on the continent Orent. This continued until Players began to team up, and when they did so, the undead proved unsuccessful in killing most of the Players. Eventually, a large faction of Players encountered the Kingdom of Jeb, where they were told by Jeb the history of Minecraftia and how they came to be. This has resulted in the growth of an elite corps of warriors within the heavily militarized Kingdom.

This page and its content were written and conceived by NPCArchsenatorGarmany

These are not my own original works. 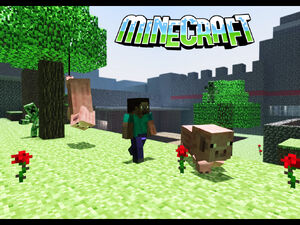 A seasoned Player strolls through his domain. 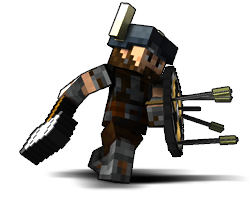 A hardened warrior fights an unseen skeleton archer.
Add a photo to this gallery
Retrieved from "https://minecraftfanon.fandom.com/wiki/Book_of_Notch:_The_Player?oldid=38479"
Community content is available under CC-BY-SA unless otherwise noted.