Boron is a black and shiny material distinguishable from coal through its shine and visibility on stone, being almost similar to emerald. It is similar to lapis lazuli, though black, much harder and is shinier. It has low abundance but appears nearly two times as abundant as coal in the End, directly on its surface. At that case, boron is engraved in end stone and appears with a similar visiblity on end stone to any other ore on stone. Boron is hard and requires an iron pickaxe to mine, and all of its armor, tools, weaponry are in the tier between iron and diamond, and both its block and ore form are harder to mine than iron but easier to mine than diamond. In its block form, it can be used in redstone as an insulator, never passing current even to redstone repeaters or wires on the supposed output face but still passing redstone current to other redstone-reactive blocks such as redstone lamps, redstone torches, pistons and sticky pistons that are directly attached or adjacent to it. It can also speed up crop growth the same manner that breeding food can be used to speed up baby animal growth.

Boron found in a cave almost directly above lava.

Boron found in the End. Notice the difference in visibility from rock casing. 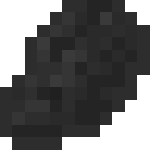 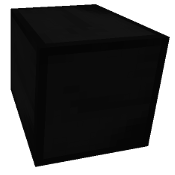 Boron in its block form, known for its use in redstone.
Add a photo to this gallery

Boron is used in every other thing minerals are used for, and as specialized redstone inductors, not allowing power to pass through its block form as if it was a redstone-transparent block, but activates any adjacent redstone-powered block, such as redstone torches, pistons, sticky pistons, redstone lamps and even TNT. It can also be used to speed up crop growth the same manner breeding food speeds up baby animal growth. Also, when fire, lava or any other heat source is directly adjacent or if it is on fire, its block form will begin to pass on redstone currents like the normal blocks around it. Heat sources include fire, lava, and the Nether itself. Redstone currents in the Nether will constantly be conducted by boron blocks, although redstone currents are phased down depending on the heat level.

The Nether will heat it up even if you are not in the dimension; it checks if the biome is Nether or not. To set biomes, use superflat.

Retrieved from "https://minecraftfanon.fandom.com/wiki/Boron?oldid=39060"
Community content is available under CC-BY-SA unless otherwise noted.