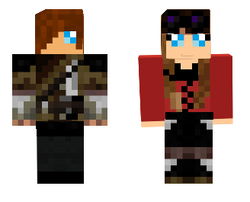 The Believers are a relatively new group of individuals who excel in sword v sword combat, keeping a reign of dominance over their section of Minecraftia. They play as a cohesive unit, using not just sheer force, but cooperative strategies and teamwork to their advantage in battle. Communication is a key factor in their success, as well as the dominant organization and balance. The Believers are a group of knowledgeable, mature people, outwitting, outmatching, and delivering the essence of dominance to any who attempt to annex them.

Retrieved from "https://minecraftfanon.fandom.com/wiki/Dream_World_Believers?oldid=39792"
Community content is available under CC-BY-SA unless otherwise noted.