Start a Wiki
"May our great traits stand; let honor and loyalty prevail!" 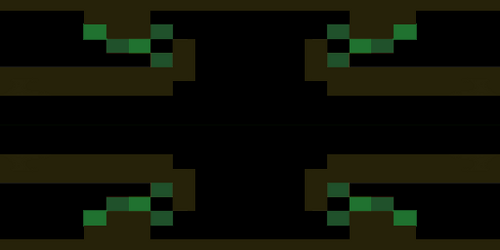 Goal: To rebuild civilization and settle a government for modern Minecraftia along side the other echelons.

Eastern Ghillies, or the Saragethns, as they came to be known by the Minecraftian locals, are outcasted warriors who come from the heavy foliage island-state of Mineblown to the east of Minecraftia's shores where they resettled the destroyed city of Shauchea, known today as Sarageth. They had left their lands after a ferocious civil war, led by Nero who wanted a better land and future for his people. The Ghillies embarked on great Obsyusian outriggers with 3000 men and women, armed with weapons and armour, heading west in search of a better life. After several weeks of harsh seafaring travel, they came upon the ruins of one of Minecraftia's great cities, arriving on the aftermath of Armageddon.

Their leader, an "Aryky" or high chieftain, named Nero Ghillie ordered patrols into the closest city, Shauchea, a city built within a mountain range covered in foliage. When they entered, they slew hostile mobs which had gathered in the caves, doused fires and cleared rubble. It was not until the Ghillies opened the city mines that they found human life.

When the collapse of the Shauchean government happened, hundreds of citizens had made it into the city mining system, and although many were still killed, a few hundred had survived, hiding in the tunnels throughout the great attack. Many of the survivors had taken refuge in the deepest mine in the system, trying to dig further down. Initial attempts to communicate were successful, and the Ghillies and the Shauchii joined forces.

Understanding the dire state that the people of the Shauchean mines were in, with frequent attacks from savage mutants and hostile mobs, Nero annexed the city with the help of the 'Eastern Ghillies'- a great clan of warriors, all of whom would put their lives on the line to make the city safe again. They undeviatingly joined with the uprising government as the head of the restoration.

200px
Nero Ghillie is a prominent warrior, leader of the Eastern Ghillies and Shaucheans, and is the first Ghillie Aryky and founder of the new ruling dynasty of Sarageth. He was first known just as Nero and took the sirname Ghillie after he commenced the grand migration from Mineblown. 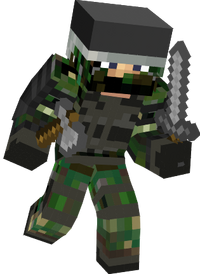 Gyovanny Ghillie, the Rangatyra, is the brother of Nero and is the most powerful noble second only to the Aryky. The commander of the armies and the director of concern for the integrity and prosperity of the Ghillie people, the lands of Sarageth, the language, and other cultural treasures. Gyovanny is also the closest and trusted advisor of the Aryky, who is supported by the people and is highly empowered to make choices on behalf of the Aryky. 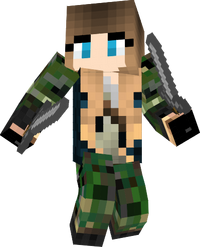 Sygryd Ghillie, the Mystress-at-Arms, is the eldest daughter of Aryky Nero Ghillie and his consort, Elyse Ghillie. She is responsible for the training and preparation of the Ghillie warriors in Sarageth during peacetime. In wartime, she is called upon to directly lead the defence of the city along with the Chyef of the Guards, the Rangatyra, and the Aryky. 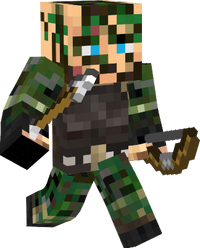 Ngaryo Ghillie is a prominent artist, painter, sculptor, and is the fourth and forgotten son of Nero and an unknown mother. The bastard child of an older time, he is shunned by his brothers and sisters as the outsider child. Archey is his favorite hobby, however, he only practices as a form of meditation and not for combat.

Ngaryo is a disgrace to his father and forefathers, as he has no interest in warfare nor authority. A shut-in who would rather paint a self-portrait than go out and fight, 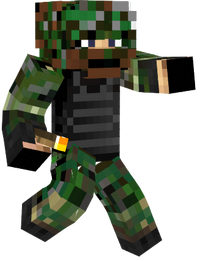 Stevye Mann is a Ghillie warrior located in the city of Sarageth, where he serves as the judicial public executioner and warden of the Dungeons. Mann is the last person a griefer sees before meeting their maker. Previously a pacifist, he became an executioner as he was at a loss of job, and after his home was found burnt to a crisp. Five years ago, Mann would kick back and let idiocy and hypocrisy slide by and ignore it. Now, after his experience with griefers, he will point it out and actively fight against it, making him a not so popular person in Sarageth these days.

Retrieved from "https://minecraftfanon.fandom.com/wiki/Eastern_Ghillies?oldid=40992"
Community content is available under CC-BY-SA unless otherwise noted.