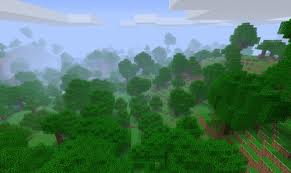 This article refers to the world. For the canon, refer to Minecraftia Canon. For the world in the Union canon, see here.

Minecraftia is an abundant but strange and dangerous land that holds diverse life and cultures. Minecraftia was partly destroyed in a violent war between good and evil roughly four years ago, but by the hands of the locals as well as foreigners, is beginning anew.

MInecraftia is largely unexplored and unmapped. Known lands include Albion, the Quad Cities, and Mineblown.

The Quad-Cities, also known as the Q-C or the Quads, is the directional land mass regions of the country of New Minecraftia. The four cities in question are Oak Town to the North; Sarageth to the East; Marvel to the South; and Mineu to the West. The districts, each with a population of above 200,000 and each bordering one another, flourish in unison and have begun to reestablish a government after the dreaded warring event.

Minecraftia exists on more than one plane of reality. Each variation differs from the others, and tends to have different forms of life as well.

Most creatures of higher intelligence have formed groups. These range from guilds to protectors and cults.

Retrieved from "https://minecraftfanon.fandom.com/wiki/Minecraftia?oldid=40250"
Community content is available under CC-BY-SA unless otherwise noted.